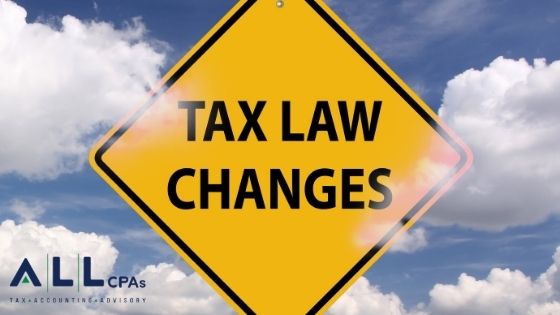 The Build Back Better Act came under consideration in mid-September 2021, with several major changes that will be considered for taxes. The majority of these aspects will have a December 31, 2021 effective date as currently proposed, so making plans now to adapt to these changes can help you make a smoother transition.

The NIIT will see broader application to all individuals with MAGI exceeding $500,000, regardless of whether the investment was in business or an active trade, rather than only passive investment activity. This can make LLC members, limited partners and S corporation active shareholders subject to the tax.

For those with MAGI exceeding $5 million, and trusts exceeding $2.5 million, a 3% surcharge is being added, though not treated as a tax under Subtitle A for Chapter 1 credit or for alternative minimum tax. Surcharge payments are not eligible for foreign tax credits because it is not legally an income tax.

Going from 20% to 25%, this increase will apply to tax years after September 13, 2021, with related changes made to FIRPTA rules. There is a transition rule that gains and losses for the part of the tax year prior to September 13, 2021, would be taxed at 20%, while the portion following that date would be at 25%.

Current laws allow you to convert traditional IRAs to Roth IRAs without any limits. The new law would eliminate this option for taxpayers who have adjusted taxable income above $400,000 or $450,000 for filing jointly.

The 20% deduction from the Tax Cuts and Jobs Act in partnerships, S corps or sole proprietorships allowed taxation at rates similar to the 21% corporate rate, for unlimited levels. The new proposal limits the deduction at $400,000 or $500,000 for filing jointly, potentially increasing tax rates for pass-through business income.

The estate and gift tax exemption would be reduced to $5 million, adjusted to $6 million after inflation. This section would accelerate the exemption increase to $10 million in the Tax Cuts and Jobs Act, which would have expired after December 31, 2025.

Deductions for foreign-derived intangible income were reduced to 21.875%, which was expected to sunset at the end of 2025. This portion of the bill would accelerate that expiration to the end of 2021, creating a strong increase in GILTI rates.

Under current laws, in a situation where a partnership interest becomes worthless, the loss’ character depends on whether it’s from the sale or exchange of capital assets and whether the partner carries a share of partnership liability. The new bill makes this a simple capital loss instead.

The proposal also adds funding for the IRS to expand audits, modernize IT for enforcement and strengthen tax enforcement efforts, but only if it doesn’t increase taxes for those with taxable incomes under $400,000.

The proposed changes that can come into play with the Build Back Better Act can have long-reaching changes to the tax landscape, forcing many taxpayers to reevaluate their tax strategies. That being said, there can also be many additional changes made in Congress as the bill rolls forward, which can also impact how the bill is put into play.

If you have any questions about this please contact your ALL tax advisor or call us at 617-738-5200.